​OriginalNA.org was suggested by an individual member to the Home Group at the time our group was formed.  The initial Group Conscience was split at that time.  Acting on his ongoing Eleventh Step, this member put up the site and invited others to participate via the internet.  After its creation, the site garnered much attention, due in no small part to the separate efforts of the Core Group, Anonymi Foundation, and Radio Free NA.  Once it became apparent that OriginalNA.org truly was becoming somewhat of a tool or service for the Fellowship, this addict strongly felt that there should be someone other than himself determining content.  Initial efforts and emails went out to form a committee.  However, the Traditions make it clear that Ultimate Authority is expressed at the group level and that any service structure is outside and directly responsible to NA, as such.  Even though the site was created by a member-addict, acting on the will of his Higher Power, how could any service for NA be self-creating, or not be directly responsible to the conscience of one or multiple Home Groups?  Even with a committee, it seemed that without being directly responsible to a Home Group, OriginalNA.org could do no more to truly serve the Fellowship than the self-creating body NAWS has become.  By this time the home group had grown in numbers and philosophy and a new Group Conscience unanimously made OriginalNA.org/OldSchoolNA.org directly responsible to the Alive & Free Home Group.  It was then determined that all those who had voiced interest in serving on a committee would be encouraged to contribute as individual addicts and that a committee would be formed if and when more Home Groups opt to participate. 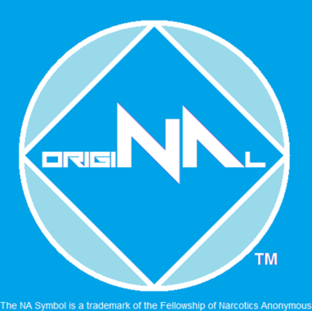 ​OriginalNA.org   is  a  website  for   Narcotics Anonymous
​"Narcotics Anonymous is a Fellowship of men and women; addicts meeting in groups and using a given set of spiritual principles to find freedom from addiction and a new way to live. All else is not N.A."

Original NA Narcotics Anonymous
"Our heritage as recovering addicts is God-Given Freedom and the right to fully administer the services of our fellowship under the direction of a Loving Higher Power."

Although we encourage other groups who do not believe "the corporate entity" serves their conscience to join with us, we want to be clear that OriginalNA.org is not a separatist movement, nor is it intended to imply that we can pass judgement on autonomous NA Home Groups as to whether or not they are "old school" or are outside of NA.  We do, however, believe that any autonomous group of member-addicts can judge their service structure(s) and choose of their own volition which to accept and reject or otherwise jettison.

This website is meant to address the attractive principles and understandings that triggered our incredible growth in the 1980's and 1990's.  "Original" relates to the written experience of addicts seeking recovery in NA at the time our Basic Text was written.  During that time period a kind member of the printing trade gave us the advice to focus on our experience.  He said, "If you go into great ideas and concepts, anybody in the world can argue with you.  If you stick to what works for addicts, nobody can argue with your real life experience in recovery."

The influx of new members and the effect of absorbing their vast numbers make it necessary, we believe, to create some material to keep our program on track.  Our literature is in our name and the entity we created to take care of it has allowed outside influences to impact our literature in a way that makes for differences where there should be none.  We will not be able to pass on to future NA members a proven program of recovery if we allow outside pressures to distract our members from what actually works for us.  This is the same idea that makes it important to have only recovering addicts speak at our meetings or gatherings.  A non-addict cannot speak to the same truths as those recovering member-addicts who have experienced the miracle of freedom from active addiction firsthand.

This is a place where the literally thousands upon thousands of NA members who truly believe that "The Twelve Traditions of NA are not negotiable" can come to access information on NA History, how to participate in literature development free of professional and corporate influence, the original intent and practice of our Traditions, and may someday even serve as a resource for finding areas and Home Groups whose conscience has dictated that they not register with a corporate entity.

This site will endeavor to serve those Home Groups and addicts who know that our Traditions are NOT NEGOTIABLE, that the service structure is NOT N.A., and that any structure that purports to serve our fellowship must abide the Traditions and follow the will of the Home Groups, as the group level is the only place Ultimate Authority is expressed.  Our heritage as recovering addicts is God-Given Freedom and the right to fully administer the services of our fellowship under the direction of a Loving Higher Power.  No rogue service body or contrivance of "Concepts" supersedes our Traditions; revisionist history notwithstanding.